Electric vehicles (EVs) have been rapidly adopted in recent years, and the rate of market growth has shown to be significantly higher than that of the fuel-injected automotive market. Indeed, the global stock of electric cars surpassed five million in 2018. Conservative estimates expect global EV sales to reach 23 million by 2030, according to the International Energy Agency, with aggressive estimates putting that number at 43 million.1

As a result of this tremendous shift, it comes as no surprise that major automotive OEMs are ready to invest significant resources into the development of their EV product lines. For example, Ford has announced plans to launch 40 new electric and hybrid car models worldwide by 2022, and Volkswagen is targeting the global release of 70 new electric models by 2030. Similar announcements have come from many other major automotive OEMs as well, including Daimler, Toyota, BMW, and General Motors.

The EV market is driven by three external forces at the macro level: economics, environment, and social factors. In order to achieve the strong adoption rates that are predicted, the price of EVs needs to become reasonably equivalent to that of fuel injection vehicles in the coming years. In addition, EVs need to not only reduce carbon emissions during use but also decrease the total carbon footprint when lifecycle analysis is applied. Finally, the continued development and implementation of autonomous driving and infotainment needs to meet the general public’s expectations.

From the material side, adhesives, sealants, gaskets, and thermal materials are extensively used in battery modules. Industrial Market Insight estimates that the average EV utilizes nearly 8 lbs of adhesives and sealants between the battery and motor; even hybrid electric vehicles use nearly 2 lbs of adhesive in just those two areas of the vehicle.2 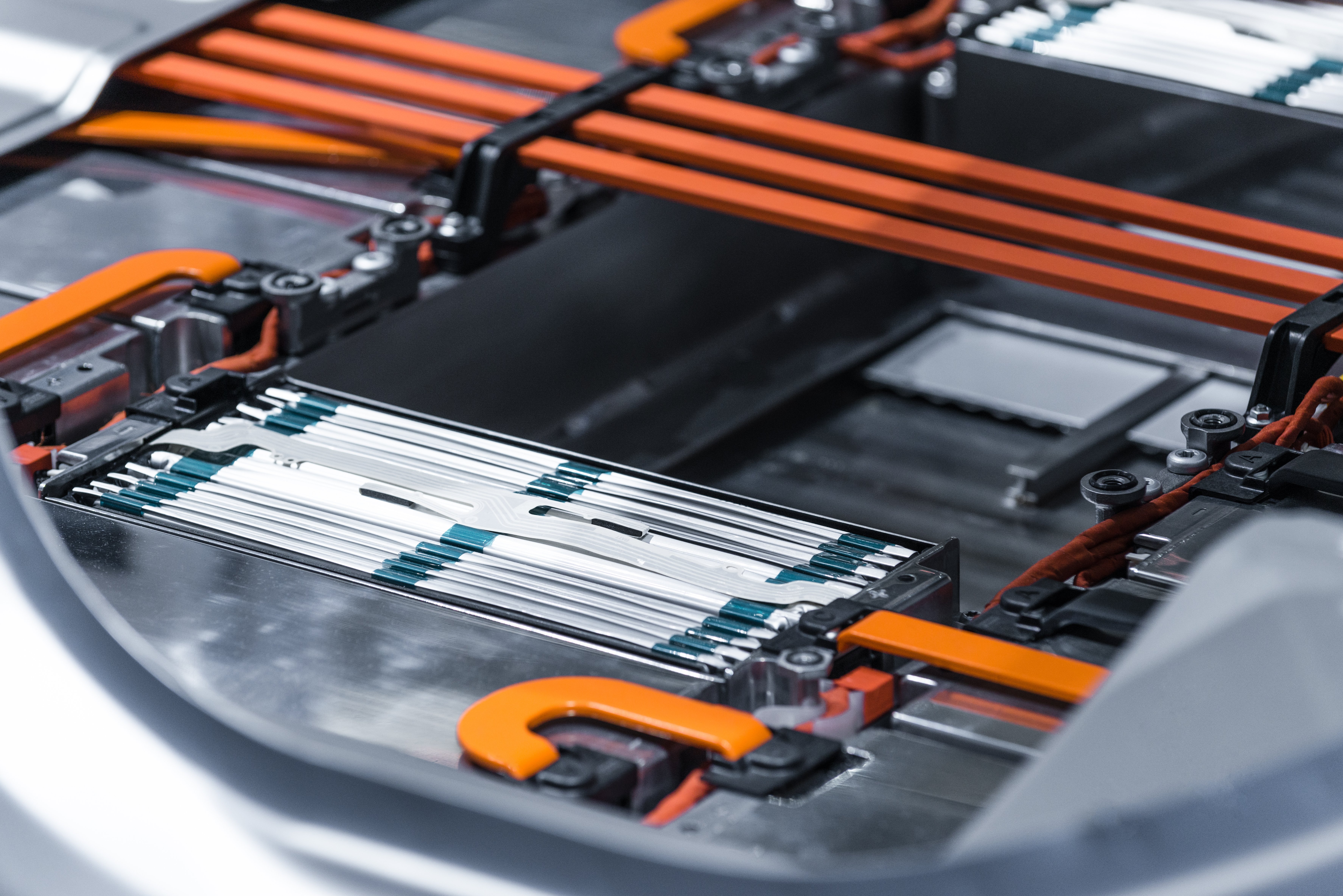 Figure 1. Several battery cells (silver) are exposed within a module. The assembly of several of these battery modules together creates the battery pack.

Several different kinds of unit cell are being used in modules today, each with their own benefits and limitations. The most popular cell configurations in EVs are cylindrical, prismatic, and pouch cells. Tesla mainly uses cylindrical cells in its vehicles, while the majority of other OEMs use prismatic cells. Pouch cells are mainly being used in other electrical devices; however, the use of pouch cells in EVs is slowly being increasingly adopted.

Along similar lines, pouch cell advantages include a light and flexible cell structure, the ability for customer specifications, good thermal management, lower weight, and lower manufacturing costs. The current limitations of pouch cells include low mechanical stability, delamination problems, and relatively poor environment resistance. It is important to keep in mind that battery cell technology is rapidly evolving—current benefits and limitations may not reflect the realities of the near future.

For appropriate selection and optimal performance, it is important to understand the chemistry of the materials used in battery production. Adhesives, sealants, gaskets, and thermal materials are generally formulated using chemistries including polyurethanes, silicones, UV-curing materials, acrylates, and epoxies.

Polyurethanes and silicones are mainly used as heat transfer materials due to their relatively low costs.  Polyurethanes, epoxies, and acrylics are generally used as structural adhesives due to their overall robustness. In addition, UV-cure materials can also be used as structural bonders where transparent or semitransparent substrates are used because of the high production throughput that can be achieved. Finally, cyanoacrylates and anaerobics are used in traditional applications such as wire tacking, threadlocking, and threadsealing in various areas of the battery packs.

Structural adhesives are used extensively between cells to provide mechanical integrity. These adhesives ensure that cells are aligned and fixtured in place while eliminating cell movement that can be caused by vibration, acceleration, and deceleration during vehicle operation.

Occasionally, structural adhesives also provide additional benefits such as thermal conductivity, low flammability, and good environmental protection of the cells, increasing the product lifespan. Outside of the cells, structural adhesives are also used for bonding between battery modules that are placed in the battery box, which provides mechanical stability to the entire battery system.

Sealants are used in the assembly of the battery case enclosure. The main objective of the sealants is to protect the module from any moisture intrusion or chemical leakages, preventing the inside of the battery from exposure to the environment.

A critical performance characteristic of these sealants is the ability to maintain proper seals while exposed to various conditions, including any combination of the following: thermal cycling or thermal shock at typical temperature ranges of -40 to 80°C, high humidity environments, standard automotive chemicals such as oils and coolants, and mechanical forces experienced during vehicle operations (e.g., vibration, impact, shear, and compression). In addition, preferred sealants are generally reworkable in order to allow for repairs at some point during the battery’s lifecycle.

Thermally conductive materials are used between the battery modules and cooling system. These materials are critical for removing heat that is generated from the operation of the battery, as prolonged exposure to heat decreases battery life and, in extreme circumstances, causes safety concerns.

Typical thermally conductive materials used in EVs include two-part liquid gap filler adhesives and pre-cut pads. The liquid gap fillers cure from liquid to solid material between the gap after a set open time and generally fall into polyurethane or silicone chemistries. Thermally conductive pre-cut pads are solid at room temperature and typically soften to better fill gaps between the two substrates to conduct heat away from the source.

The main function of heat transfer materials is to transfer heat that is generated from the battery module to the cooling system. Both sets of materials have benefits and limitations, depending on the application geometry, conductivity needs, and processing/assembly requirements. Common properties needed, regardless of the type of thermal material, include flexibility and moderate modulus to tolerate vibration and shock, good adhesion to the module and cooling plate substrates, thermal conductivity of at least 1 W/m*k, and the ability to be reworkable.

The electric vehicle market represents a tremendous growth opportunity, as evidenced by CAGR estimates from most sources ranging between 20-40%. Most major automotive OEMS have publicly committed to significant resource investments in the EV market over the next 10-year period on a global scale. Adhesives, sealants, and heat transfer materials used in battery assembly operations will find myriad opportunities in this exciting market.